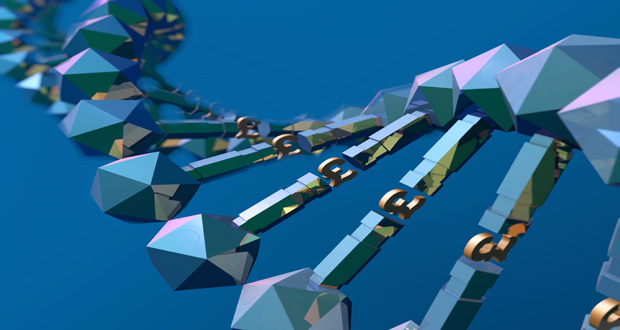 The era of monetised DNA?

The next generation of genomics platforms will usher in a personalised healthcare revolution, but will they also allow individuals to monetise their DNA? You better believe it says Dr Axel Schumacher, and we have to make sure that data is secure…

The global market for personalised medicine is set to grow from an estimated $1.76 billion this year to almost $2.8 billion by 2022. This will constitute a doubling in size within just six years.

The growth of this industry is reliant on more and more people having the genome sequenced, something that has reduced in price significantly over the last few years. The cost, which stood at roughly $1 million dollars for a single genome just over 10 years ago, was at just $1000 last year and continues to fall.

This huge cost decrease has fuelled the genetic testing industry and also brought targets such as the 100,000 genome project much closer, with the project recently announcing had sequenced over 87,000 genomes. There is little doubt that in a few years from now, almost everybody in the developed healthcare systems will be sequenced.

DNA sequencing will not only power a personalised healthcare boom, it is also hoped it will transform the treatment of rare diseases. 80% of these diseases, which include conditions such as Huntington’s disease and Cystic Fibrosis have genetic components, so the increase in DNA sequencing offers real hope of progress.

However, while these potential benefits should not be ignored, nor should the storage and control of such a huge amount of rich personal data. Which begs the question, how will the next generation of genomics platforms enable a healthcare revolution while protecting people’s privacy?

There are thought to be around 7,000 rare diseases, which are classed as rare because they affect around 1 in every 2000 people.

Since these diseases are linked to genes, there is a lot of hope about how DNA data can be used to improve research into treatment. These diseases are extremely difficult to research right now because it’s so hard to find potential participants for trials. It will require DNA sequencing on a mass scale to help with the treatment of many rare diseases.

At the same time though, there are glimpses of how such movements can occur even today. Shivom, DNA data company, has recently begun a pilot in India that seeks to improve the early diagnosis of diabetes. India is suffering from a diabetes crisis, with 72 million cases recorded in 2017. If uncontrolled, diabetes and its complications are likely to take a heavy toll on India’s healthcare system in the coming decades.

The pilot, which is taking place in Andhra Pradesh, is a collaboration between Shivom, its partner Genetic Technologies (GTG) and local healthcare organisations such as SS Diagnostics. It will involve 1500 patients who have already been diagnosed with Type 2 Diabetes and 1500 control participants who have not.

There is little doubt that in a few years from now, almost everybody in the developed healthcare systems will be sequenced

It aims to demonstrate the benefits of secure data storage on the blockchain and, ultimately, to improve early diagnosis and treatment of diabetes. The point about secure data storage is important because, if the mass sequencing of DNA data is to have a positive effect on the mankind, this needs to be a high priority.

Currently, the storage systems being used to hold DNA data look like an extremely tempting target for hackers. Just consider the rich personal data about an individual that their DNA represents. For such data to get into the wrong hands could be a disaster for someone with a condition that might affect their ability to access financial, insurance or health services.

Hacks of centralised databases at major data companies have been a feature of recent years too, with the Equifax hack of 2017 exposing over 145 million people’s data. Just imagine the consequences were a similar hack of DNA data to occur.

With such scenarios clearly possible, it is worrying to see that many companies in the healthcare space still demonstrate such complacency and do little to protect the data of their customers. Plus, even if these vulnerable centralised databases are not breached by cyber-criminals, individuals will still find themselves unable to control their data. In the past, companies tweaked contractual clauses that, for example, gives a “royalty-free, worldwide, sub-licensable, transferable licence to users’ DNA data for purposes including personalised products and services”. Other genetics service providers have no problem with giving their customers name and personal details to their subcontracting sequencing laboratories.

Against this backdrop of uncertainty about data security in centralised databases and personal data privacy, many might conclude that the whole process of sequencing and storing DNA data is too risky. However, the next generation of genomics platforms provides a solution for those worried about securely storing and controlling their DNA data, as well as a totally new opportunity to monetise it for themselves.

The next generation of genomics platforms will operate as collaborative and open platforms but with levels of data security and privacy that come with a forward thinking approach to technology. Crucially, these platforms will provide individuals with the ability to make informed choices about their DNA data that can result in both personalised healthcare and financial benefit.

Fundamental to these platforms will be the adoption of blockchain technology. This revolutionary new approach provides the foundation for an open marketplace for DNA data. Rather than being a data free-for-all though, these blockchain-enabled platforms will give individuals complete control over their data and the opportunity to personalise their healthcare. Not only that, such platforms could have a truly transformational effect on the treatment of rare diseases.

As mentioned, one of the biggest issues facing those who research the treatment of rare diseases is finding enough people with the right DNA match to take part in a trial or research project. That means having to work with clinicians in specific areas and sequencing DNA in the hope that it’s relevant.

However, in a DNA marketplace, a researcher could publicise their project to an enormous network of individual DNA data owners and seek participation based on specific criteria, attaching a monetary reward for participation. An individual could then choose to securely share their DNA data for this specific purpose, either in order to help a cause that they believed in or for financial gain.

The next generation genome platforms will be powered by securely stored DNA data – but that data will have been sequenced in much the same way as it is today. Just as most direct to consumer (DTC) genetics companies provide personal DNA sequencing kits that can be received through the mail, so will next generation genomics platforms allow individuals to collect their own saliva and have their DNA sequenced through home kits.

The major difference is what happens to that DNA data once it has been sequenced. Where as the existing providers offer these kits as a way to access individuals’ data and take control over how it is used, the next generation genomics platforms will give individuals full control over their data, thanks to their use of blockchain and other cryptography technologies.

Individuals will use the blockchain to store their data so there is no single point of failure and a level of security that is far beyond the centralised databases that exist for DNA and other healthcare data today. Should they choose to share it, they will be able to do so through cryptographic keys. In this way, they will know exactly who the data is shared with and for what purpose. Also, the level of access can be specified, which means a platform user will be able to determine if a researcher can merely run scientific algorithms on the anonymized data or they can permit full access to the data.

This sort of open marketplace for DNA data is the basis on which to grow the personalised healthcare industry, potentially even beyond the existing positive predictions. With a network of individuals owning and controlling their DNA and healthcare data, service providers will be incentivised to provide opportunities to make this data actionable and to provide reward mechanisms for users, either for data-sharing or for data-driven lifestyle changes. That lowers the burden for the healthcare system.

Drug development companies, who also suffer from not being able to access high quality, validated datasets, could also offer individuals the chance to monetise their data and to put the data to good use. Genetic counsellors, who help normal people to interpret their DNA data and work through any potential issues that are uncovered, could also establish entirely new business models within these platforms.

Crucially, what the next generation of genome platforms provides is an opportunity to completely transform the balance of power within genome sequencing that exists today. For the first time, individuals, rather than centralised data corporations, will have the power to store, control and monetise the rich, personal data in their DNA for their own benefit. 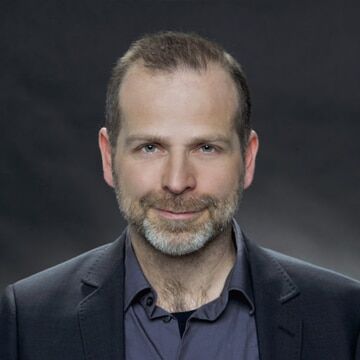 Dr Axel Schumacher, Founder & Chief Scientific Officer of Shivom. He is the Author of the ‘Blockchain & Healthcare Strategy Guide’. Axel is also a Member of the Blockchain Research Institute in Toronto.

Source: The era of monetised DNA?